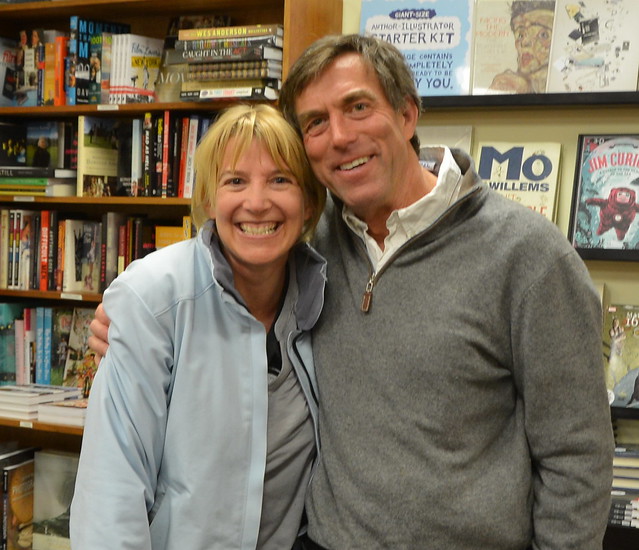 See the resemblance? Maybe the big eyes or the bushy brow or the curse of the cowlick?

Coming from Albany, I was (fashionably) 15 minutes late for the start of his riveting presentation. He was already in the throws of intriguing character descriptions and history lines, breaking occasionally to read favorite passages from his book, when I raced from my car to find a seat.

For those of us who have yet to read the extraordinary true story, Stark warned of spoiler alerts but his revelations did little to temper the suspense of the exploration. In a nutshell, in 1810, John Jacob Astor sent out two advance parties to settle the wild, unclaimed western coast of North America. More than half of his men died violent deaths. The others survived starvation, madness, and greed to shape the destiny of a continent.

When asked if he explores the areas he writes about, specifically for inspiration, Wisconsin native Stark replied with a resounding “Yes, of course!” To read his latest harrowing tale, pick up a copy at Oblong or your local bookstore.

The only thing domestic about me is that I was born in this country. Now, lets TRAVEL!
Helsinki- A Few Stolen Moments! Lake Palace, Nahargarh, Rajasthan