She Married a Greek God and Divorced a Roman Emperor 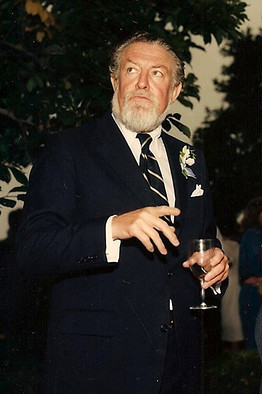 Every day we say goodbye to another member of the Greatest Generation, those men and women who were born in the 1920s and now are passing away. I am sad to think that some of what they accomplished and the ways they built their fortunes could never happen again–things are just so different now.

John Sargent died Sunday at 87, the man who ruled Doubleday & Co for two decades. A remembrance in the WSJ recalled how he used to escort Jackie Onassis out on the town, who he hired as one of his book editors. In its heyday, Doubleday was known as the GM of publishing–cranking out 700 titles each year, while they mailed millions of books through book clubs and even had a chain of bookstores across the US.

Sargent was well read and urbane, and hosted lavish dinner parties in his grand New York apartment. He came into the company after time at Harvard College. He left to serve in World War II and never finished school. But he got a job as assistant to the president of Doubleday and then married Neltje Doubleday, the granddaughter of the founder. In 1961 he became president.

His company used to call their close-knit management style as MPB, or Management by Party. Martinis were a lunch staple, said his son, who like his dad is also a book company CEO. Brendan Gill, a New Yorker writer, described his power at the company, saying Ms Doubleday “married a Greek god and she divorced a Roman emperor.”

On Cloud Nine! Skywatch Friday- The Crow and the Sun