A splash of tourism in Tannersville, NY

Many years ago, if you’re like me, you’d drive through the shabby town of Tannersville on your way to ski or hike Hunter Mountain without so much as blinking an eye. Did you ever stop? I didn’t dare. But, today, it’s technicolor economic rebirth is reason enough to showcase to my four guests from Russia on their first day in the United States.

The Catskill region was given the colloquial term of “Borscht Belt” because of the many Ukrainian Jews that would vacation here between the 1920s – 1970s. But, tourism since then has been difficult to sustain. That’s where the Catskill Foundation, local volunteers and Consulting Architect, Lewis Jacobsen come in.

Jacobsen is thrilled with the artistic and aesthetic improvements made to several buildings in the hamlet. He met us early Sunday morning for a tour of the Orpheum Theater, the newly opened American Glory BBQ, the Mountain Market and Bakery, the General Store, among many more restored, rainbow-splashed buildings. Turquoise, marigolds and strawberry reds dress up commercial properties once blighted and/or boarded up.

My Russian guests, here on a grant from the U.S. Congress called Open World, agreed it’s almost as colorful as St. Basil’s Cathedral in Moscow.

Another juicy tidbit of history revealed by Jacobsen: Mark Twain once spent a summer at a rustic camp not far from Tannersville during the Gilded hotel heydays. I wasn’t able to find out anything more than that, but if my readers are familiar with Samuel Clemens, be my guest to comment. 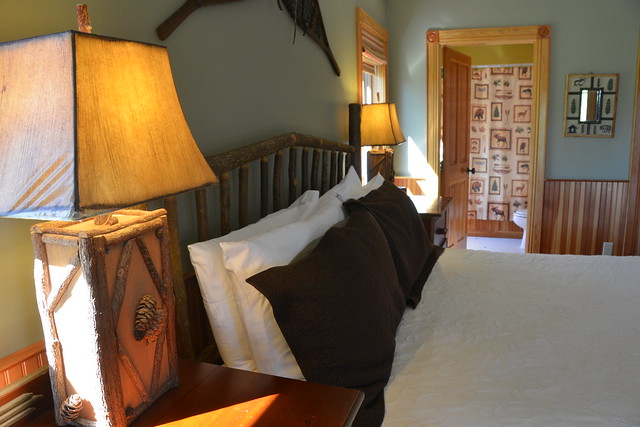 One of the more whimsical rooms is named for the American author and humorist that I just mentioned – Twain.

The only thing domestic about me is that I was born in this country. Now, lets TRAVEL!
Catching a Flight in the Srinagar Floods! Save Money on Your Skiing Holiday