You Want a Book? A Really BIG Book? How About Genesis? 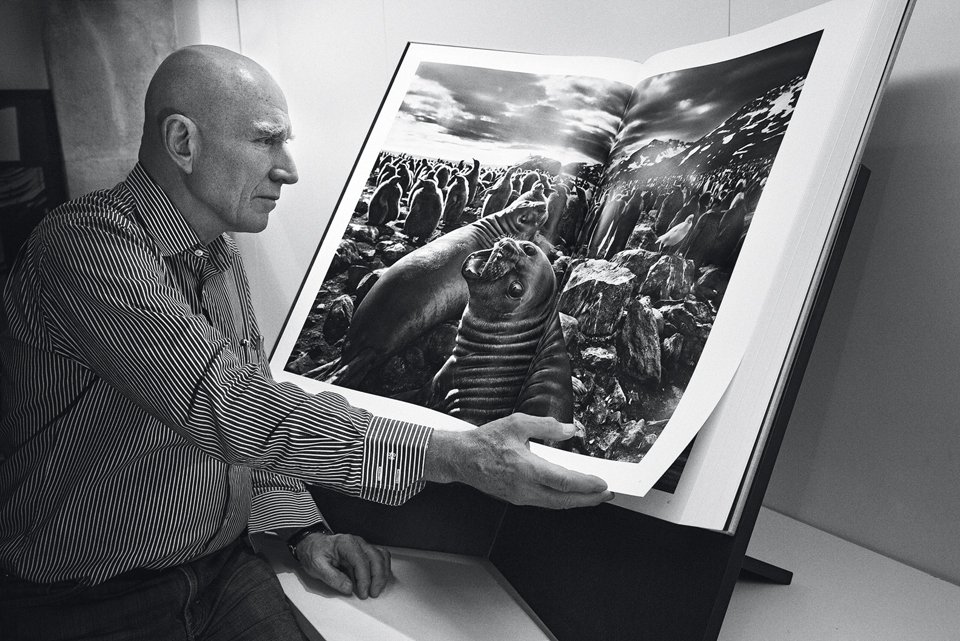 Ebooks, schmee books. That’s what Benedict Taschen, a Cologne Germany publisher must be thinking. Thinking Big. The latest publishing endeavor for Taschen’s company involves a gigantic tw0-volume behemoth series that will chronicle a Big Adventure into the wilds of the world.

Sebastiao Salgado is a Brazilian photojournalist who for the past eight years has traveled to the most remote places on earth. In fact the name of his 704 page, two volume collection is called Genesis, and contains striking black and white photos of his mammoth journey.  The books are four-feet tall and weigh 130 pounds, including a wooden stand. You can buy Genesis for $9000. Imagine reading a picture book that you can nearly bury your head inside.

These books take a lot of time, as the article in yesterday’s WSJ detailed. Taschen said he has spent ten years working on Genesis. Five years in the designing and editing. There are many options the publisher is offering–500 copies of a leather-bound an ‘art edition’ of Genesis and a collector’s edition, with a 2500 unit press run with a cloth cover for only $3000.  For those who can only dream of a four-foot book of photographs of the world’s remaining virgin land, yes there will be a coffee table edition, $70, that has been translated into five other languages.